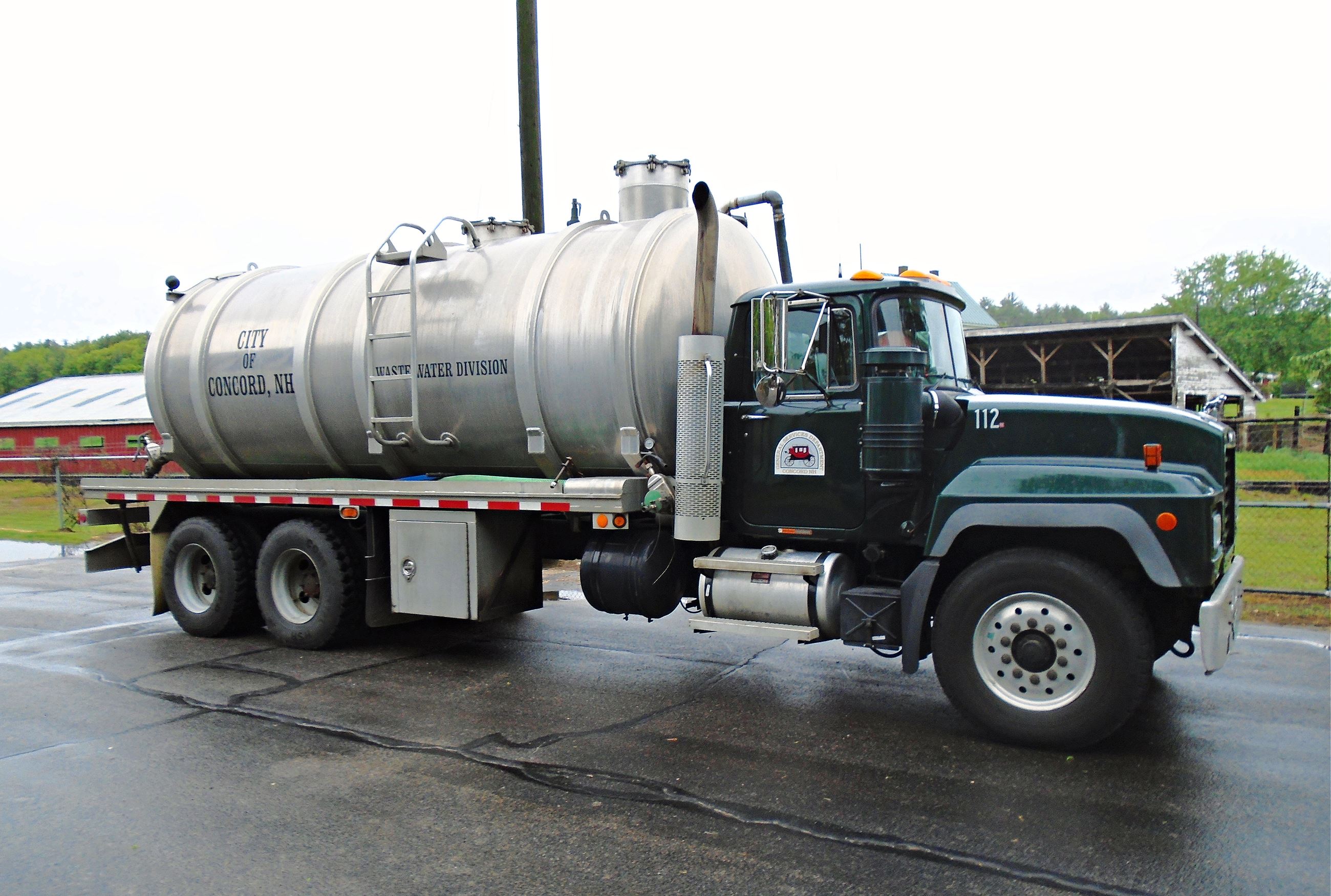 All haulers must obtain a Septage Hauler Discharge Permit prior to discharging septage at the Hall Street Wastewater Treatment Plant. Permits are issued to haulers that complete the following requirements:

The $200 permit application fee will be waived for all septage haulers through June 2024 starting July 1, 2021.

Provide an insurance certificate with the City of Concord as an additional insured.

Provide a payment bond (amount specified by the City of Concord). Permitted haulers will have a required payment higher of either:

Haulers must have a satisfactory record of compliance with all conditions and requirements to receive a permit renewal. Haulers are invoiced monthly for the previous month's disposal services. The invoice is due within 30 days of the invoice date. Any account in arrears will result in immediate revocation of the haulers' disposal privileges.

New competitive pricing will be in effect starting July 1, 2021.

What Is Domestic Septage?

Domestic septage is either liquid or solid material removed from a septic tank, cesspool, portable toilet, Type III Marine Sanitation Device, or a similar treatment that receives only domestic sewage. Domestic septage does not include liquid or solid material received from commercial or industrial wastewater. It also does not include grease removed from a grease trap.

The following are all sources that are prohibited from septage discharge at the Hall Street Wastewater Treatment Plant:

Septage is only received at the Hall Street Wastewater Treatment Plant at 125 Hall Street. Septage can be received during our regular business hours of Monday through Friday, 7:00 a.m. to 3:30 p.m., excluding City recognized holidays.

All haulers must check-in at the lobby of the Administration Building. Follow the instructions in the reception lobby to page our staff to accept the load.

Haulers must complete and return a City of Concord Septage Discharge Manifest declaring each in-district and out-of-district volume of septage on a truck load. Manifest forms are available at the Hall Street Wastewater Treatment Plant. Our staff will review the Septage Discharge Manifest information, verify the declared septage volume by sight glass readings, and approve the discharge.

The load will be charged at full tank volume if there is no sight glass available or if it is not readable. Full tank volumes will be determined from a registered tank listing of all City permitted septage haulers. Any adjustments to the original declared volume will be recorded on the Septage Discharge Manifest and verified by the hauler. Refusal to verify the adjustment will ensure refusal for the load. City personnel will sign and date the Septage Discharge Manifest and then authorize the discharge.

Septage cannot be discharged without prior official City authorization.