The Heights Fire Station was dedicated on August 13, 1966 and replaced the former Plains Station; consolidating services from the former East Concord Station on Eastman Street. The station is currently the oldest fire station in the city.  It underwent significant renovations in 1976 and the size of the facility nearly doubled.

The station currently houses Engine 7 and Ambulance 7 along with a forestry truck and a spare ambulance. It is staffed 24 hours a day with:  1 fire officer, 1 Firefighter/Paramedic and 3 Firefighter EMT’s.  The station is Concord’s second busiest and will respond to nearly 3,000 emergency calls per year.

The Station also housed the City’s first and only fire dog. Blitz the Dalmatian lived in this very building for 2 years starting in May of 1975.  He had to retire to a private residence as he was becoming too protective of the Fire Station.  His paw prints can still be seen stamped into the concrete on the front apron in front of the overhead doors near the mail box. 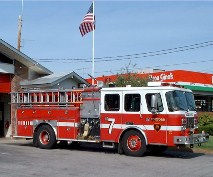 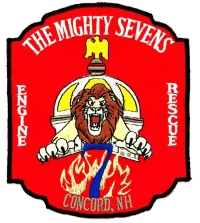